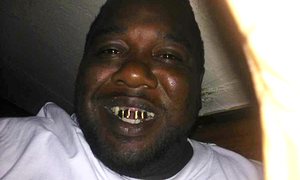 Yesterday, my (black) friend took his 4-month-old baby to his (black) wife’s work yesterday. She works at a nursing home. One (white) senior, upon seeing the newborn said, “What is that? A monkey?” They both went home and talked about what had just occurred. After discussing the incident with his wife, she explained to him that the old lady didn’t mean it like that.

Also yesterday, Alton Sterling was involved in an altercation with the police. I think he may have had a pistol on body. Two police officers attempted to arrest him. Instead he was shot six times in the chest. These two instances are objective facts. No opinion on both matters – just facts.

I teach in an elementary school in the inner city of Toronto. In my class I have black, brown, and white students. I taught fourth and fifth grade for the last three years. Over the years, I have over heard conversations such as one little black girl asking another little black girl why she wasn’t taking her jacket outside for recess in November. Her reply: “I don’t need no coat. I’m Canadian.” I smiled inside when I heard this. Thoughts of the possibility for a generational cleansing of sorts occurring in front of my very own eyes is promising. Canadian, or American, first; skin color second.

I can’t remember my self-reflexive state at ten years old. Was I Canadian first and Black second? What I do remember is getting pulled over by a cop at age 14 for riding a bike without a helmet. Asked to get off my bicycle, put my hands on the front of his hood, and then searched. He asked for my identification and I told him I didn’t have any. I was perhaps a little arrogant when I said, “I’m fourteen, what typa ID am I suppose to have?” I guess he didn’t like that remark and proceeded to “call it in”. As I stood there with my hands still on the hot engine hood, people came out of their houses to see the spectacle. In the summer heat, I felt my face flush with embarrassment. This was maybe my first incident of “feeling Black”. You could say that it wasn’t because I was black that this happened, but that is not for you to tell me. In that moment, that is what I felt. Facts.

Hopefully we have a come to the point where the next generation, seeing a Black president amongst other racially progressive moments, becomes cleansed with the idea of citizenship above race. People have their opinions on the matter. I’m not here trying to state mine. All I am doing is pointing out facts. One last fact, every time I see another hashtag of a black male getting murdered by police, I feel a little more anxious when I step into my car. Of course there are good cops. Most cops probably are fine in fulfilling their duties and obligations. But the fact is, systemic racism permeates this society and with each instance of an Alton Sterling it seems like, despite the progressive agendas, we have been unsuccessful at uprooting this disease. Strange fruit still hang, even in 2016.