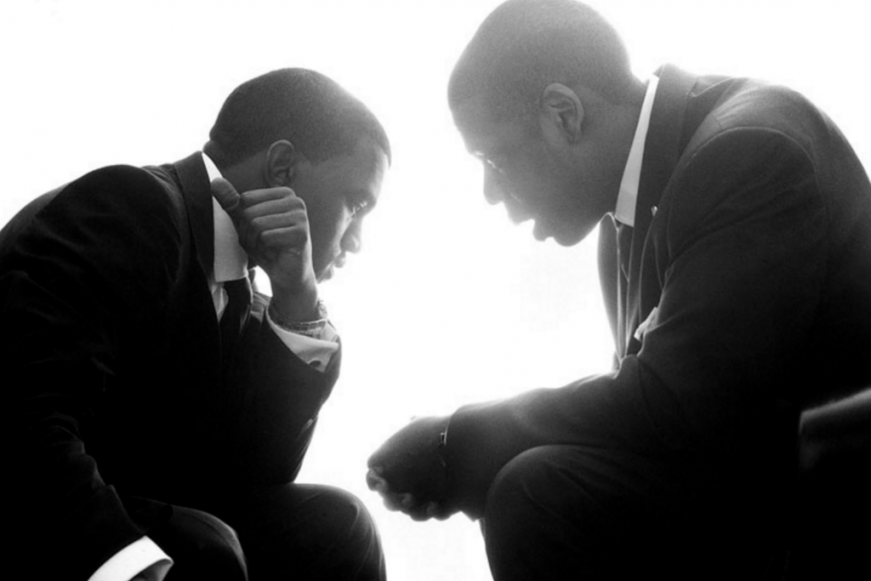 When Kanye West dropped Big Brother I was inspired. I thought, “Shit, he’s right, you know. We need to appreciate the inspiring and influential contemporaries before they go”. Kanye West was short-sighted, though. We not only need to appreciate our brothers before they go but while they are still in it — while they are still perfecting their craft, while they are still “underground” or “backpackers” or on the come up. Many do in rap, which is why I am not talking music here. We already do that with hip-hop culture by creating a reverence around our local heroes before they make it and then in some slighter version of crabs-in-the-bucket mentality, subtly hate on them slightly when they do actually make it. In Toronto, it was cool to like Drake and bump his joints from So Far Gone back in 2009 when he was just poppin’ but now it’s borderline played out to be riding with your windows down blasting More Life out your sunroof. This, too, is wack to me, but let me, once again, refrain from talking about music. Let us dialogue about another aspect of the culture that we often neglect — our contemporary thinkers and writers.

Over the last two years, I’ve read countless books, essays, and blogs from various black scholars on things that pertain to everything from my everyday life to my professional one in education, learning and growth. I’ve got a few thousand followers on certain social media platforms but still don’t think I am anything close to a big deal so let me spread some love before my glow up really starts to materialize. There are facts in that last line that are also inspired by the fact that I’ve been reading a lot of Dale Carnegie lately. My thinking and writing style runs like a prison bid, concurrently.

Anyways, here are a few dope people that I mess with and you need to, too.

This first one is not so much someone on the come up. He has been bubblin’ for some years now. You ever heard about this wildly intellectual and humbly real professor that currently works at Columbia University named Dr. Chris Emdin? I first caught wind of this dude when I eagerly applied for the opportunity to host a #TEDEdChat and was asked to find a talk that I wanted to use as my backbone for moderating a discussion regarding education. The energy of finding something to build from ensued and I landed on a video titled, “Teach Teachers How To Teach Magic”. It was ten seconds short of seven minutes and I must have pulled it back at least four times on my first sitting. The gems dude dropped were nothing short of revolutionary. His ability to paraphrase academic jargon into common sense lingo that appealed to both scholars, schoolteachers, and folk who want to make a positive impact on the culture was…is, remarkable. He later came out with a book (not his first book, FYI) titled, For White Folks Who Teach In The Hood…And The Rest Of Y’all Too and despite the long title, that I surely thought would hurt his marketing appeal, figured out a way to drop all his practice, experience, features, tracks, and mixtapes into a scholarly album that went platinum the old way. Reviews and relevance. Sales and substance. The dude is a trailblazer in pedagogical thought pertaining to schooling, culture, race, and education and continues to do it dappered down in a way that only a brother from the Bronx could. Take your flowers, Dr. Emdin, you are the gold standard.

There is a young G coming up that a lot of people who are in the know already know. He is certified on a few social media platforms. That must mean that he is doing something right. And he is doing things right through his writings. He goes by the name of Joel Leon and the themes of his writing range from politics to culture to race to fatherhood, and beyond. What separates Joel (please say Joe-Elle) is the craft and fluidity of his writing. He displays a natural grace in his writing tone, able to casually trapeze back and forth between complex intellectualization extrapolation and hood semantics. He is a crossover specialist and touches on themes that we all need to take notes upon. If his work was in the New Yorker or some other well-established medium, he would immediately receive invites to panels ranging from Ivy League universities to CNN. Dude is that nice with transferring his thoughts into a Word document. Start with Don’t be a F**kboy and peruse his catalogue. You won’t be disappointed.

For the sake of keeping the word count under a rack, I will stop with these two men. I have a bunch more and will perhaps drop another blog that gives out some more roses to people who truly deserve them. Writing, like hip-hop, is not dead. Instead, it is currently being revisited, remixed and remade by the likes of thinkers like Chris Emdin and Joel Leon, to name a few. There are many others that are pushing the culture in a way that will only benefit our future generations in regards to how they see the world. Finally, because there are people out there fully invested in the work, we must pay homage and give them the credit they deserve. Keep going.