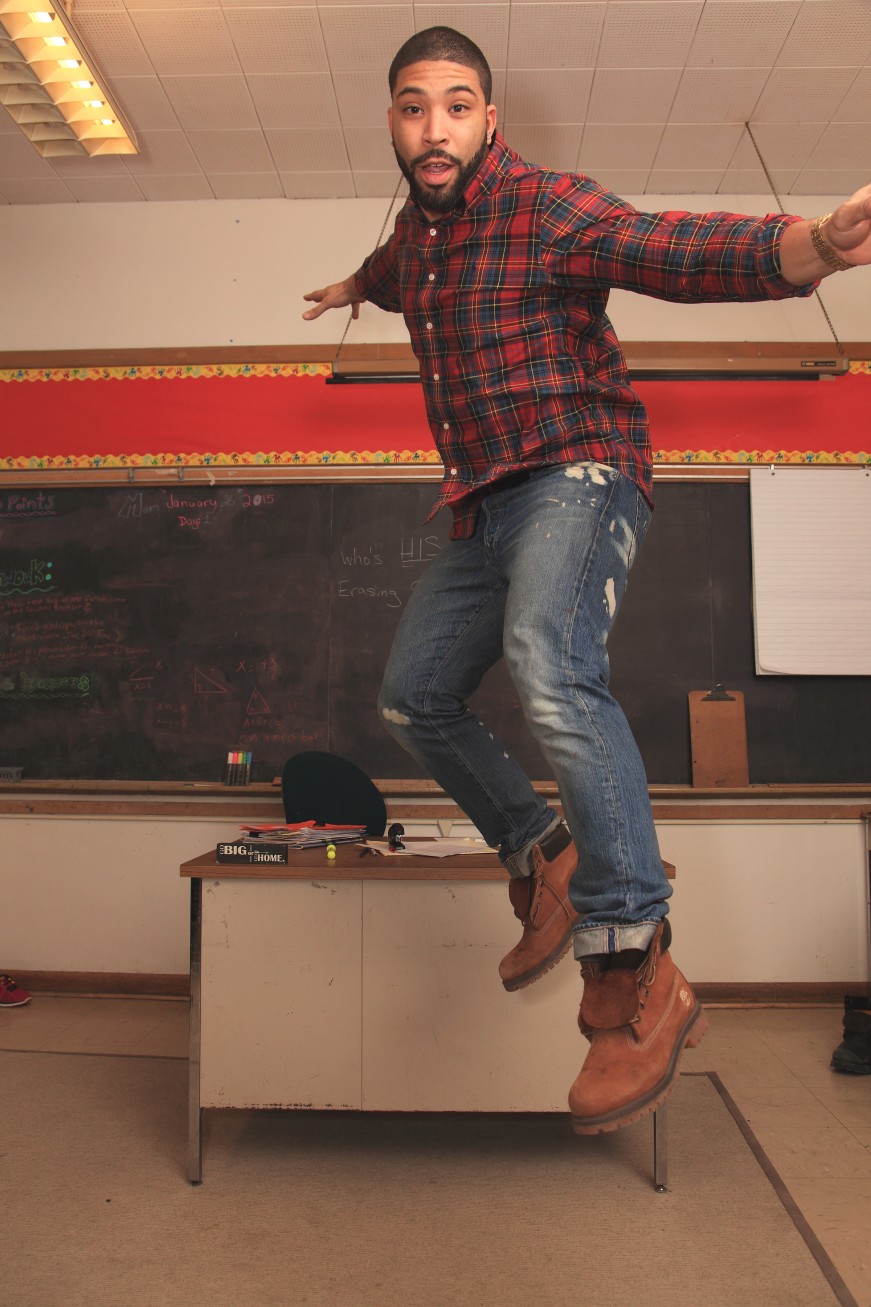 Stuck in the Machine of Education, Part II

Black boys, like myself, try for years to interrupt the arresting box of urban Black identity in clever and chameleon ways. My competitive nature and sincere belief in the importance of good grades would not let me slide too deep or become too committed to the whole “Blackness/Coolness” game. I would feverishly study for tests at home, in the confines of my own room. Memorizing, highlighting, and going over content for tests and quizzes. I would come to school as prepared as any other hard working student. As I firmed my grasp on the dichotomous struggle between popularity and identity, I gradually began to gain footing in that other aspects of school life, the actual “schooling” part. Through this, I started to understand this Black boy interrupted. Good grades slowly started to trickle in on tests and assignments. Teachers, I am certain, initially began to question whether or not I was somehow cheating my way through these assignments. How did this class clown, who strolls in late on the daily know all that information for the test? How did this guy who seems to carry such a blithe attitude towards his academics turn in a project that seemingly took much time and detail to complete? The bewilderment went from lower-than-standard grades concerning my work to inexplicit and indirect addresses of authenticity and plagiarism. Eventually, most teachers summed my demeanour and contrary production up to an anomaly of sorts. I simply became that Black guy who had enough logic to do decent in a class.

I am still conflicted with a double reality of sorts; as I walk into a room (especially if it’s an academic setting). I first must assert my “Blackness” and then I can get around to trying to assert my intelligence. This is something I unfortunately internalized a long time ago. I internalized this due to those same situations that happened to me in high school. Being the guy who was considered an anomaly for doing well and being “Black” may have helped my self-confidence in the short term. But it definitely did damage to my psyche in terms of how I viewed my social location. I did not get a pass into the confines of the normal academic setting. I could not be who I was (or wanted to be) and still be taken with utmost seriousness in class. An anomaly, a cheater, or an asshole who was wasting potential, whatever the excuse or example I was becoming, I was still sitting on the margins of the academic world and was never fully accepted for my full complexity by most teachers. So, those teachers tried to make me one dimensional. A teenage Black guy who cares just as much about his social clout than he does his academics does not fit the mold of excellence. It is not in the vocabulary or ideal range of things that mesh with the term “ideal student”.

Don’t kid yourself, Black males feel the gaze of subjectivity just as much as those teachers who are delivering it. Our homework may be completed but if so, upon presenting it, said student acts like doing his homework is the greatest surprise and/or accomplishment that ever happened to him academically (this may sometimes be the kids’ actual true sentiment, but most of the time, I can guarantee you, it’s just another “performance”). The typical responses sound something like, “Shit, I don’t even remember doing this?!?!?” Or “BOOOM! Smashed it last night, stepping my game up!” Upon showing academic priority slash Black masculine vulnerability, the Black male will retort with the type of phrase that will surely undermine his intentions to be considered a student who is concerned with his academic reputation.

Most of what young Black boys pride themselves on falls short of what the school system cares about. Thus, a discord in the relationship is created from the start. Most teachers never encountered a kid who seemed to half-care about school on the surface but really care about school deep down. Most teachers are used to cookie-cutter representations of the student. If you cared about school you were diligent, you came to class on time, you corresponded with teachers concerning academic matters and you psychologically grappled with other students to earn favour and be seen in a positive light. You were attentive, for the most part, in class and you visibly showed joy or disappointment according to the grade you received. This seems great in a perfect world and for a “perfect student” that does not have to deal with racism on a daily basis. Unfortunately, the Black boy is not afforded the luxury of acting this way while still maintaining a strong identity of being authentically Black and clinging to an urban culture. These corresponding notions clash with the expectations of schooling. The Black boy simply does not fit that mold of excellence. And due to this reality, the consequences trickle down slowly and insidiously.