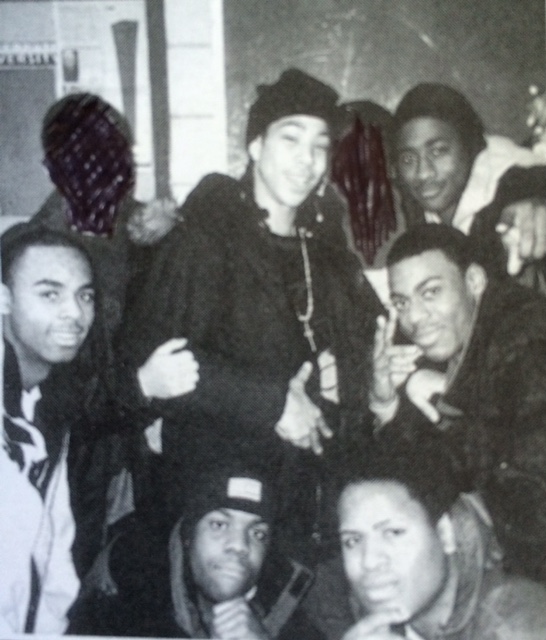 Most do not understand. And for the many that do, the ability to articulate its implications is limited. Simply put, Black boys are set up in a way that is meant to deceive and ultimately fail them in the long run (no pun intended). Let me give you a scenario: a young Black male, somewhere around the age of 8 (yep, that early) to 17 or 18. He is in a class somewhere in New York City, or Chicago, or downtown Toronto. He receives a grade back on a test. He gets a C. So what? He is expected to get that C. His friends do not look at him any differently for getting that C on the test. In fact, he is even more so accepted by his peers for his lack of performance. What’s even worse, if he got an A, he might be faced with even more subjugation and questioning by his friends. He will most likely be made fun of by his dearest friends who chastise him for “acting white”. So what? Truth be told, his teachers, do not expect him to do any better than the grade he “earned”. They do not see him as the type of person who is earnestly concerned with his grades or his education. He, for whatever reason, is viewed as being more preoccupied with his “appearance”, his friends, and his social standing than his grades and future. So what? He gets a C. Who cares? It seems like nobody does. It seems comfortable to all the parties concerned. No complaints, no issues; it fits the script and we all continue on living our lives. And the Black male, subconsciously, is internalizing this. So what? This is what I ask because this is what is precisely the problem with our school system and the Black identity.

Black males are meant to fit into specific molds and are held to specifically lower standards. So when we meet these standards, everyone accepts it. Acceptance is even met by the Black boy who, in his heart, is upset with his grade, so next time he studies and does well and gets an A. But most likely his teachers subconsciously write it off as a “one off” and still maintain a certain ideal of this body. And his friends, even worse, poke fun at him for trying to be someone else. So where the hell does that place him? What, exactly, is he supposed to do? He is stuck, trying to be validated but the naivety of adolescence combined with scripted social identities leave him in no man’s land. This is the real problem of Black males in our school.

Black boys are stuck in the perceptual battle for identity every day they walk into school within our country, specifically in major cities like Toronto. They want to be accepted, simple as that. But I am sorry to all the parents out there who are trying to impart wisdom and do right by their Black children when I say that, at a certain age, friends come first. We were all there. What our friends did, acted like, and thought was far more paramount than what any elder could impart on us. What any new rap or hip-hop song preached about will continue to be way more impressionable than what any “teachable moment” could provide a Black boy at school. This is the truth, and this is coming from a young Black teacher. Getting into the mind and understanding the Black perspective has been so elusive simply because many Black boys never grow to the level of being able to understand and critically reflect on the scholastic systematic pressures that we experience before it is too late. Being represented more inside the school through literature and the curriculum is important, but it is not the spine of this existing crisis of Black boys in our school system.

Many things need to change. In the media, we are represented. Oh yes, we see ourselves and we are represented. But we are represented in a narrowed light. We are represented on Saturday afternoons while watching college football. We are represented on Sundays when we watch the NFL. We are represented throughout the week when we see LeBron James on a fast break or Kobe Bryant on the low block. We are represented every time we turn on the radio or step into our ride and listen to the latest bangers being produced by frontrunners of our culture. All of these representations of the Black identity we see are communicating notions of our identity. Black bodies. And also, how can we forget? We are represented when we turn our TVs on to the news channels and update ourselves with the latest crimes that have occurred in our city. With those identities cached together in some fashion or the other, we watch ourselves on television programs being represented by this, that, or the other. So we essentially have three entryways to follow: the athlete, the entertainer, or the criminal. That offers very little wiggle room in our school system. What else does the Black boy have to look up to? The problem of Black bodies is not one of representation (although, that would help). It is one of changing our perceptions of what we can become despite the culture that we choose to roll with. It is about developing an understanding that you can be cool, wear tattoos and earrings, and dress the way you want and still do well in class. That comes from the Black student’s side. But it is also one of opening our minds as teachers by crushing assumptions and accepting different notions of identities of how the Black body can exist and what its potential may be. It does take two to tango, we are all intertwined and cooperation between both parties is the key to defeating this challenge that Black males face in our school system.