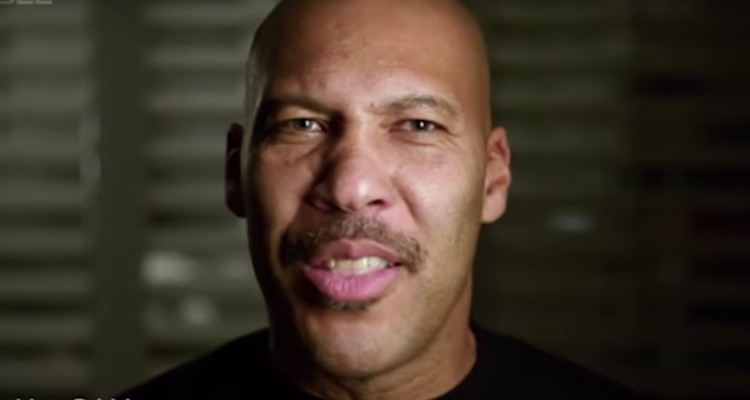 If you’ve been following any basketball over the last little while you’ve heard about outspoken Lavar Ball and his trolling antics concerning his son, Lonzo. Many folks have vehemently argued that the “proud” father is going too far and doing too much in an attempt to bring even more attention to his already popular son. The sentiment and narrative surrounding Lavar Ball is usually one of negativity: he is either detracting from his son’s ultimate potential as a legit NBA star or he is selfishly trying to capitalize on his son’s future financial options. Any positive remarks made about his maneuvers are typically rebutted by the typical, “yeah, but he is exploiting his own family”. How, Sway?

He is a black father in America. He married the mother of his children and he raised three boys under a roof he provided. When his sons told him that they wanted to become athletes, he woke up early to train them and probably spent thousands of dollars on tournaments. By all accounts, he was explicit in the academic expectations he held. Lonzo graduated from high school with a 4.0 GPA. And now that his son is on the precipice of immediate fortune through athletics, which is synonymous with immediate bankruptcy through that very same vehicle, he is trying to steer his son, who just finished his freshman year of college (what age is that, like 19?) in a direction that will maintain lifetime financial security. So, tell me again…what is the problem with Lavar Ball and the way he “fathers”?

He established his own company, Big Baller Brand, and told Nike and Adidas they could sign his kid for a billion dollars. Of course, they didn’t. His son would have made millions with any shoe company in America and perhaps his brand will fall flat on its face in a few years. But Lavar is exemplifying what agency and ownership can look like. He is just doing it through the domain of sports. When it comes to education, we need more exemplars like Lavar.

The more I hear about Lavar’s “antics,” the more I feel the need to appreciate his commitment to family. Does he go over the top sometimes with some of the comments he makes on national TV? Absolutely. C’mon boss, you ain’t coming close to beating Jordan one-on-one! Would I buy his shoes for 495 dollars? Nope. But I do think he is offering our social consciousness an alternative viewpoint of how we imagine black masculinity, family, fatherhood, and athletics. We are saturated with stories of the black kids from the hood who make it despite a father. Then we hear stories of athletes going broke after four years in a league. Here we have a father committed to telling the establishment, “I don’t want your 10%, even if it is millions…I’ll take my self-made thousands”. I am encouraged that the trend Lavar Ball has started will be refined and redefined. More importantly, I am hopeful that Lavar Ball will begin a new conversation, one that looks at black fatherhood in a non-typical light. At this point, I think the non-typical is a good thing, especially in regards to athletics. So, to Lavar, keep going. And thank you.