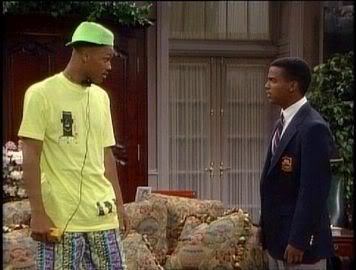 During the long weekend my girlfriend and I went to visit a long time friend who recently moved to Montréal with her husband and nine month old baby. This was my first time in Montreal, I appreciated the historic nostalgia that you feel once you enter the old quarters and walk the streets of interlocking brickwork. This long weekend also gave me the chance to “unplug” and get my mind off of school and the continuous grind of the school year. These days are ever so important to a young teacher. Older teachers are always offering warnings of the dangers of exerting far too much effort and focus into the school year; over-extending oneself for clubs, committees, and grandiose lesson plans come with the warning of potential burn-out, especially around this time of year. But by the end of the trip a conversation had emerged on Black masculinity in school.

I have never experienced nor do I even want to experience this so-called “burn out”. I think I am hard-wired to grind; I have been doing it all my life. However, I also take opportunities, over long weekends and breaks, to unplug and totally forget about my day job.

In the midst of the weekend filled with tourist activities and dinners that had way too many calories, a curious discussion regarding the “blackness” of Barack Obama quickly turned into a debate on race, “shadeism”, and ideas on education. I was surprisingly intrigued about what our friend, a native born and raised in the Republic of Congo had to say about the education system and its relationship with race and in particular the black race. He put forth some ideas that I never really thought about before. My ever-evolving stance on education and black masculinity in school is this: Urban Black males in particular experience additional challenges navigating the educational spheres because over arching notions of “blackness” and what it means to be accepted as “cool” in the urban black community do not run parallel to success in the educational setting. Instead they are almost in direct contrast. (I will get into my thoughts on why in a later blog). For this reason, black boys are conflicted with a reality of succeeding due to notions that tell us that in order to succeed we must adopt perceived “white” characteristics of schooling. In school, we basically must adopt a “Carlton Banks” approach in order to be accepted academically by our white teachers. If not, we face a harder time of being accepted academically while simultaneously representing ourselves in a “Fresh Prince” sort of being.

Most urban black males I know chose the latter and faced subtle as well as self-perpetuated discriminations in school. The burden of schooling makes it hard for Black males to succeed because society only reads us through limited ideologies of what a Black male can be. Black boys should embrace their culture: their style of dress, the way the talk, the swagger they embody, the music they listen to, the things they choose to enjoy, and still be able to work hard at school and try to succeed without having to experience a conflict of identity. It should be an “and/with” paradigm that black identity operates under rather than this current “either/or” dilemma that currently elopes that “thuggish” black guy as a person who doesn’t care about his school. Teachers see a black male with his pants sagging and assume that he doesn’t care about school. This is the conflict black males face in school that is unlike any other body.

How do we change our current perceptions of the Black male in a way that allows us to open up a dialogue of Black masculine possibilities? We can do this by opening up a narrative that exposes our culture to role models that have navigated schools and life with an “and/with” lens. By seeing black teachers that may have tattoos and choose to wear jeans instead of khakis, or Jordans instead of Sperrys, we will open up an acceptance that screams how perfectly fine is it to succeed while still being authentic to yourself and your black masculinity. This is how we include academic into the repertoire of the other verbs that are used to describe the black male already. When we open up the dialogue surrounding Black masculinity, our boys will no longer feel that they have to be Carlton Banks in school and the Fresh Prince outside of school.