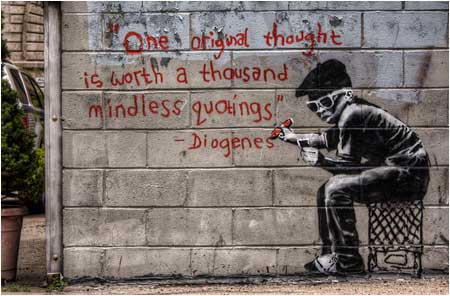 A Tale of the Ghettoization of Black ‘Smarts’

To end my last week of 2015, I took a trip to New York City. The busy streets, sirens, and melting pot of cultures represent my deranged ideal of relaxation. Simply taking the subway and listening to groups’ talk was an ethnographic experiment in itself. To my surprise, a few of my closest friends made the trip down to the Big Apple to end the year with me. On New Year’s Eve, we broke up into groups as all of us had different agendas. One of my boys and I decided that it would be nice to simply go for a stroll through the touristy area of 34th and 5th, right close to Madison Square Garden and the Empire State Building. As we walked and talked, a lady grabbed my friend and innocently asked him if he could, “be a witness” for a card game she was playing on the street.

It was 3 Card Monte.

He, or both of us, watched. She bet, about 100 bucks, picked the card that would vindicate her victory and won. While still holding his arm, she thanked him. A few more people were entertained and participating in this game, betting wild amounts of money, sometimes winning sometimes losing. We continued to watch for entertainment.

As we watched we, two graduate school students who also grew up in inner-cities, couldn’t help but feel that if we only bet some money we could ‘come up’. My friend and I followed the red diamond every single time the dealer dealt. In our minds, we would be rich by now. The woman and another man were feverishly gambling and seemed to always pick the wrong damn card. As I watched, I knew which card it was every time! I guess I chalked it up to my superior intellectual ability and incredibly focused vision.

I didn’t realize I had now taken a first row seat at the School of Hard Knocks.

After a few hands, the “dealer” asked me and my friend to help the betting girl by showing her the red diamond after he was finished mixing. Of course we did. Easy. He handed me money, but I was a little confused since I didn’t bet so I turned it down. I was about 6 for 6 at this point and the 20s in my pocket where starting to cry for some fellow brothers and sisters. What the hell, I thought. I pulled out some money, but I’m pretty stingy, so I hesitated for a bit before I decided to wager. I decided to watch a few more hands. The dealer nonchalantly invited us to engage. My friend seemed to be in the same head space as me, scrounging through his pockets to find some money to effortlessly double his cash. I paused, trying to understand the situation. I would say that I figured out the play but that would be a lie. I simply put my money back in my pocket as whispers from elders in my hood crept into my mind. If something appears too good to be true, it probably is…So I walked away. My friend was a little boastful and confident so he stayed. I walked about 20 meters to the corner of the street and just watched. Beside me was a bystander watching the action as well. He didn’t “look like” a tourist but instead a New Yorker. On his face was a look of pure entertainment. More analysis. In less than 90 seconds my friend walked over and I asked, “Did you lose your money?” Baffled and confused, he said, “Yep”.

We had picked the correct card every time while “watching for free”. But when the money was on the line, the money was gone. What the hell just happened? Here we were, two educated, intellectual dudes perplexed at how some street dealer just “gamed” one of us out of his hard-earned money. Surely my friend placed that bet with a false sense of intellectual superiority thinking that he was head and shoulders above anyone else at the gambling table (which was the bottom side of a pizza box propped up on two milk crates). How could a dude shuffling around three cards outsmart a college-educated man? As we walked and talked, we started to realize that “the how” was easy and that it was really our fault for falling for it. Actually, it’s society’s fault. We’ve been led to believe that certain people are smart and sophisticated while others are simply ignorant. The hustlers working the tourist areas of New York City bank on this discourse, and they pay their bills because of this perpetuated lie. You see, on one hand, the ghettoization of black men cripples many, but on the other, it provides loopholes to success. The system is meant to work for all, but it often doesn’t, so there are some brave (I don’t know if this is the correct descriptive term) enough to say, fuck the system. 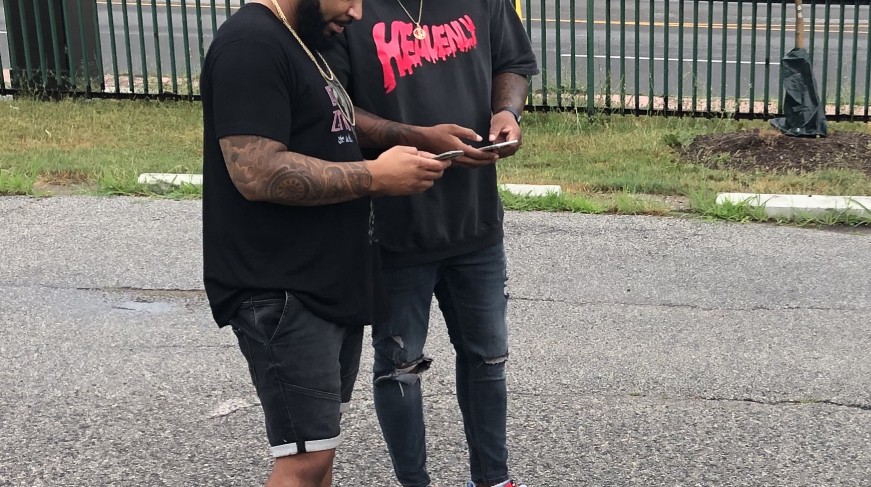