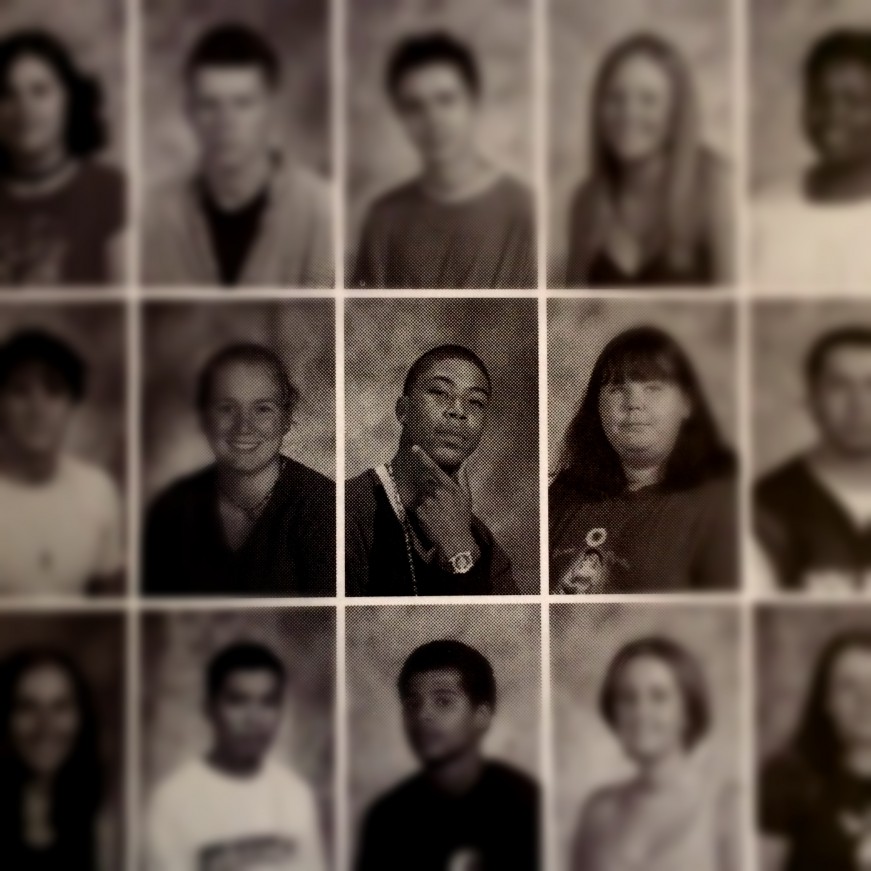 It was mainly my competitive nature that served me well as a student. I wanted to win at everything. I would turn every encounter with my peers into a competition, whether it was a game of checkers or something as banal as seeing who could spit the furthest. I revelled in competition and this instinct eventually paid dividends for me academically. But the “social side” of schooling, the popularity contests (and to a deeper extent, the masculinity ones) that implicitly took shape each school day, consistently clouded my priorities. I was always conflicted. I wanted to “win” academically. So, that meant getting a better grade on a test than my boys did. But make no mistake, it wasn’t intentional (or to make it more clear – it wasn’t necessarily for the grade). So especially when it came to excelling in academics, I tried to deceive my boys into believing that it was the most unintentional thing possible.

That all changed in one instance during my senior year of high school.

I was in my senior year. The students who made the honor roll the previous year were celebrated in an after-school ceremony in which they were to receive awards. I was never one for needing pieces of paper to validate my worth. And I was too far into the popularity game to be waiting around on a random weekday so that I could receive some certificate for academics. Suffice it to say, I didn’t go to the honor roll ceremony. Instead, I spent after-school as I usually did; hanging out at the local corner store with the other “cool kids”. That popularity contest existed before, during and after school – as a black male in the inner city, I couldn’t afford to lose an inch.

The next day, the morning announcements echoed through classrooms as students prepared for their first period lesson. “For any students who missed yesterday’s Honor Roll ceremony, please come down to the office at 3 o’clock to pick up your certificates”. Might as well, I thought. A quick trip to the office to pick up a certificate, I could do that. I had earned it and the least I could do was take a quick look at my name in calligraphy before shoving it in my backpack and forgetting all about it.

Before the school day ended, I proceeded to the office to collect my certificate. The line was rather long – I guess I wasn’t the only one who missed the prior day’s occasion. I thought to myself, “I bet I was the only one who missed it for no reason whatsoever”. As I waited in line amidst the collection of students dressed in Abercrombie and Fitch attire, I realized I stuck out like a sore thumb. My fresh braids dangled off of my shoulders, a gaudy chain and big cubic zirconia earrings accented my “hood look” perfectly. I kept my hat on despite knowing that the moment I stepped inside the office a secretary would tell me to take it off. I was at school accepting an award for academic excellence, but I was more preoccupied with upholding my status of “cool” at any given moment – this one was no different.

I finally got into the office and immediately upon entering the secretary said to me, “Matthew, if the teacher sent you down here, just take a seat on the bench”. I was in shock. Despite my frequent occasions to the office for “disagreements” with teachers, I did not understand why she assumed that I was not waiting patiently in line like every other student who was there to collect an award for academic excellence. Not knowing what to say, not knowing where to move, I just stood there. I had been disrespected by teachers before but this time it seemed unwarranted. I was ill-prepared to react. As I came back to my senses, I decided not to answer her and just stay in line.

A few minutes passed and I was finally two or three students from the front desk. At this point, my vice-principal, a man who I had numerous conversations with (about sports and my plight to get a football scholarship – he would actually let me use his phone to call college coaches), passed by the back of the administrative office. This time, I was prepared for any assault. As he walked by, he glanced over at the line of students. He knew these students were there to pick up their honor roll certificates. Then, his eyes fixed on me and he stopped in his tracks. It may have only been for a split second, I guess he may have been stunned. Having a little more discretion than the secretary, he kept silent. He just stared. At that point I said to him, with a smirk, “Don’t judge a book by its cover, Sir.” He smiled and walked off. I have to say that after that situation, my relationship with him grew exponentially.

Don’t judge a book by its cover

How I navigated school as a teenager was unintentional. I made my best effort to be one of the “cool kids” but I also wanted to excel in academics based on my competitive character and an understanding that if I was going to get a scholarship, I would have to have good grades. That day in the office, when I simply went to receive my academic award, changed my perspective on education. But it wasn’t until years later, upon reflecting on my experiences in high school, that I realized that many in education predict that we will fail. More assume this fact. As young students, we play into this game by allowing the perceptions of us to dictate our identity. Was I to blame for presenting myself as an urban black male and being preoccupied with the popularity contests of high school? After that moment, I should have done better for myself by countering the systemic suppression that I faced and experienced. I should have been more focal in letting them know that I now see the game that they were playing. I should have demonstrated that, even though I am a pawn in the game of education, I would use my role to positively resist. But I didn’t. As a teacher, I am trying to do that now.

This is just one experience. It is an example of the micro-racisms that black males experience as they navigate through education. Unfortunately, there are not enough supports to help them deal with the process. I had no one to help me. As a teacher now, I know what my youths are and will be going through. Having been through it myself, the task of alleviating some of the internal stresses that urban black males face becomes just a little bit easier for me. I only hope that I can reach them before they become too far gone. 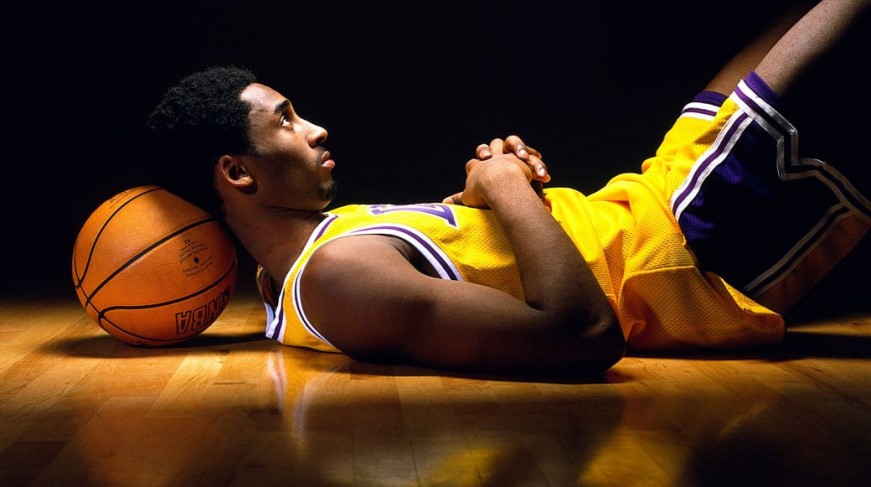 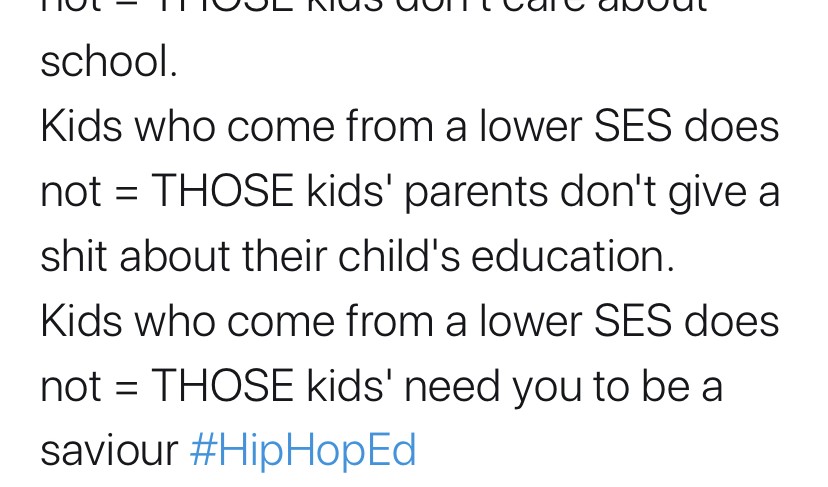 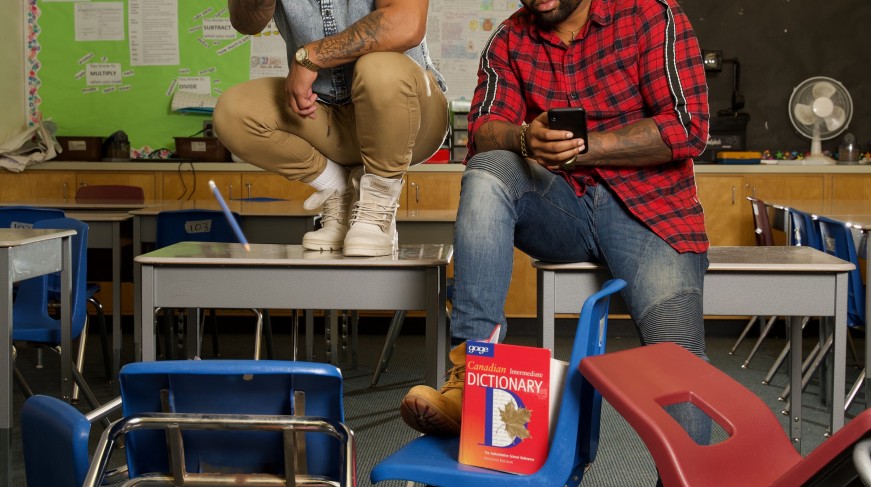