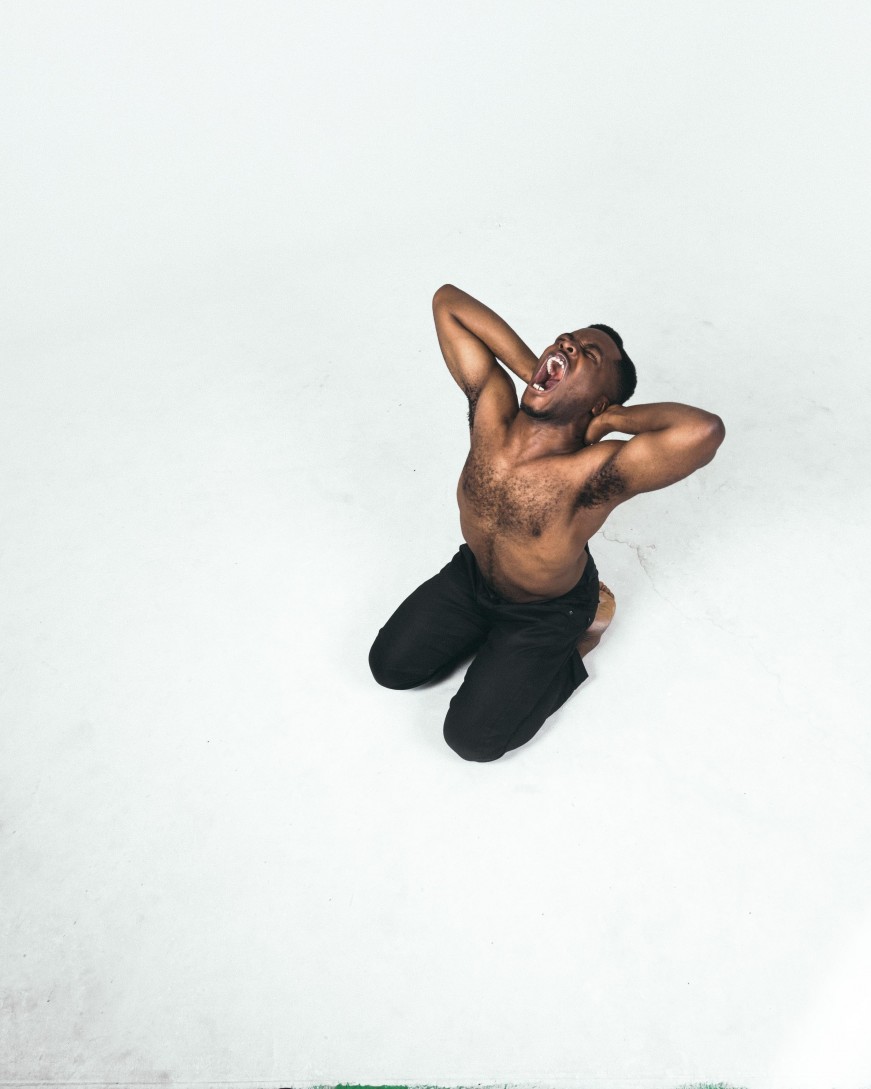 Between the ages of twelve to nineteen I idolized the same people you did. I looked up to people that were, subconsciously I guess, specific to my gender and “fabric”. I blueprinted my identity off of adults in the “mainstream”. Figures that dressed like I did, or hoped to. Guys that I could understand simply because I talked like them. People that somehow shared the same priorities as I. Or at least I thought. I was inspired by my OGs. Not just the ones that I could see in the flesh by physically walking down to my closest basketball court and hooping. But also by the ones that I would listen to on the way there and see on TV way before I even popped my CD into my Panasonic Shockwave. Fresh off of Jigga’s My Nigga blazing through my headphones, I would walk into school fully charged with the sentiment of being who I was. Fully entrenched in the type of nigga I wanted to become…

Black masculinity is a fickle thing. I’ve had the opportunity to speak with close people who are doing lots of time and from what I can surmise, almost every pen timer can explain the phenomenon of searching for identity while still being compelled to a prescribed being – the way they articulate their identity, psychology, and existence, is remarkable. Sitting on the phone with men who are doing, or have done, decades, provides me with an incredible insight on how, despite of immaturity, we were merely on the path to figuring out what “becoming” means. And I cherish the opportunities I get to talk to them. Because those are my typa niggas.

What becomes ironic is our overwhelming understanding that, as humans, we all do learn. Learning, when sutured within the constructs of liberal, western thinking, education, is indeed confined. That is why theories, books, and simple talks about the “school to prison pipeline” make complete sense, however saturated in academic jargon or sautéed out to basic simplicities.

I followed them. So did you. And they were the same yet different.

So besides the fact that I learned more from TLC’s Waterfalls or Snoop’s first album, Doggystyle, while you were watching familiar faces of safety and authority on TV screens and in movies, I learned my context, identity and performance. I also learned that from the shows you watched and the actors and entertainers and politicians you craved over. I learned this, unfortunately, in a perverse way. Because I learned from you without being a part of it all. Needless to say, I didn’t have the same connection. While you could learn from everything, I had to learn from from the scant bank or identity production and reproduction we were afforded. The athletes. The entertainers. The criminals. I took what I saw from people who were introduced to me via the media and configured my identity. Lucky for you, you had a variety of options. For me, well… I quit working on my jump shot after 9th grade and soon after realized that, despite a self-acclaimed proliferation for gab, a proliferation for wordplay and wandering into  both through a rhythmic sequence, still seemed like a last ditch resort for my plight to becoming successful. But that was no cross to die on. That realization was okay because although I did idolize “my typa niggas”, I also idolized other ones. Like my dad, a truck driver who paid for and took my to baseball practice as a kid. And other black men in my community who, despite their inability to inspire through economic upheaval, did so in other ways.

As a child, I deep down had an appreciate for a lot of niggas. The ones who had flashy cars and expensive jewellery and could do what they wanted despite what they had been dealt with. And I also aspired for those men behind the veil of a “boot strap” ethos that did the same while driving used beater cars and struggled to make ends meat. Looking for a role model between Jay-Z and my uncle Dale was a perilous road solely built on optimism. I have a many family and friends who tried to navigate it but “failed. Now that I am older, I realize it is more accurately a navigation built on an understanding of complexity. But to be a black male and understand what “success” may look like inevitably lies on that pathway right now. Even in 2019. The question becomes, how do we show our young black male youth “what typa nigga” they ought to strive for?