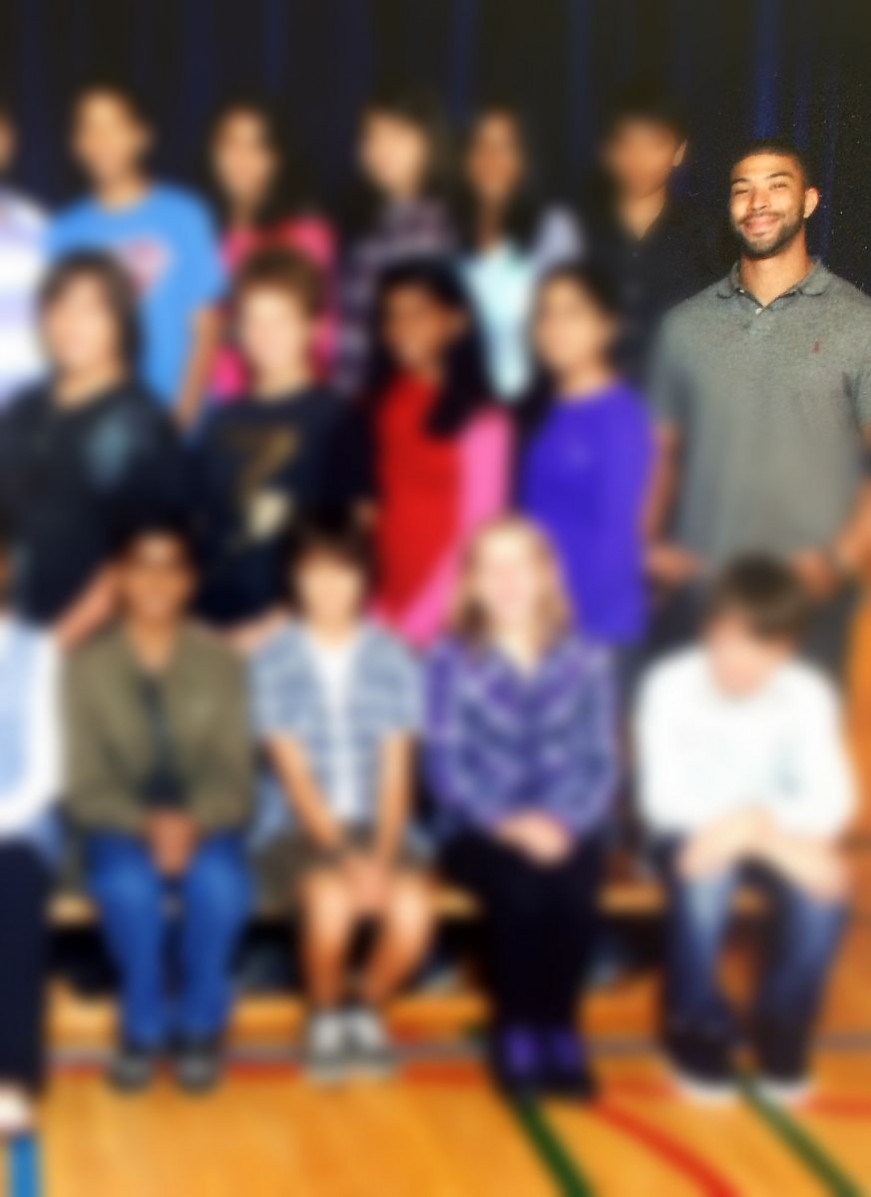 I remember getting offered a permanent contract to teach the Friday before the school year started. The offer was for a 6/7 split grade in a K-8 school. I had spent a whopping 3 weeks in an elementary school during my entire year in teacher’s college. Teaching mainly high school English and history courses for the year, it would be an understatement to say that I had absolutely no idea how I was going to teach art, drama, dance and all the other core subjects to a group of 11 and 12 year olds. Being the over-analytical person that I am, I think finding out that I had landed a job 72 hours before I actually had to step into the classroom was the best thing for my mental well-being. I simply had to experience it firsthand. And because I did that, my first year of teaching was simply amazing.

During that first year, I was blown away by the elementary mind. Students would come up to me and tell me things like my nostril hairs were too long and ask why my beard came up so high on my face. My homeroom class would come back after a period with another teacher and divulge that Ms. So-and-So said that I was just a “new teacher” and I didn’t know what I was doing. Brutal honesty from the young generation. However, for a first year teacher, these were comments that I marinated on during my drives home after school. Sometimes a student wouldn’t do their homework. I would take this personally, wondering what I was doing wrong and how I could reach him or her. If I asked a student to line up and they ignored me, I would take it personal, holding a grudge for a day or two, unbeknownst to that young child. I don’t know if these feelings are unique to me, but in my first year, every little thing was a big thing. Every day was truly a new day filled with brand new highs and lows, novel experiences, and learning opportunities. I am speaking on my growth primarily and not the growth of my students.

But after a few months, my students and I developed a relationship and classroom dynamic that has been unmatched since. Sincere care and extra attention to every moment inside and outside of the classroom was real. Because of that, we became more than just a class of students and a teacher leading the way. As corny as it sounds, that first year was as close to a family experience that I have felt inside a school.

Early on in that year, I would confidently remind my students that, “this is both our first years; this is my first year as a teacher, but this is also your first year experiencing this grade level.” I was honest with my past and told them that I was used to high school-aged students and expected them to carry themselves with a maturity that I was more comfortable with so that we could have a smoother year. They loved my honesty as I did theirs and accepted the challenge. That year, school was more than handing out assignments and forming relationships based off of student produced work. That year was about forming relationships with young students who I saw as people primarily and students last.

Halfway through the year, I dubbed them as the “214 Originals”. My classroom being room 214 and those being my first ever class of students I could call my own. They took pride in welcoming a new teacher to their school, a teacher who would regularly sit after school and try to sort out drama without the realization that all of these girls are going to be friends tomorrow anyways. A teacher who would participate in gym during gym class because I would rather play a game of soccer than sit on the sidelines counting down the minutes until the period was over. We espoused passion from each other. And honestly speaking, that is something that I regretfully have lost over the last several years.

I have quick answers for every time a student makes a glib remark towards me. I rarely go home now thinking about a comment that a student made in the class about me. Over the last few years, students have told me that they wish they were in another class one day and told me that I’m their favorite teacher ever the very next day. Neither one makes an impact on my energy as their classroom teacher. When a group of students have drama, I try to avoid it at all costs. If it makes its way to my desk (I actually don’t have one, but you get the metaphor), instead of sitting with the group and facilitating a resolution, I accost the student(s) who I judge as being in the wrong or I tell the student(s) who feel hurt to “ignore them then, you will get over it.” And then I wonder why my class at the end of the year is not as tight as it was in my very first year of teaching. I think I get it now.

Maybe I need a change. A different grade to teach, a different school, a new challenge. Or maybe that first year is simply unique to its own and life as a teacher is a constant fight against gravity that is only stalled with careful and honest self-reflection. For the sake of my students, and the sake of my passion, I am hoping it is the latter.