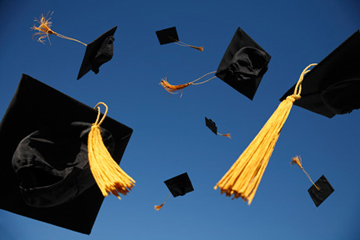 Education paradigms have twisted, shifted, been flipped and turned over and over again in the last decade or so, all aimed at “getting right” that fundamental question imperative to learning and achievement. That question is: what should success look like? Policy makers and educational pundits have grappled over many subsidiary branches aimed at this question. We have had dialogue about grades and grading, teaching methods, and curriculum. But education seems to be that overweight hamster on the wheel these days and a large part is due to the fact that we cannot get on the same page when it comes to what success should look like.

Is success measured by students getting A’s or passing a state-wide exam? Success in the educational system implicates the “system” itself through perpetuating the norms associated with academic excellence and achievement. The problem with this lies in the system’s inherent insistence that it promotes an agenda based on meritocracy. “Well, education is the great path to success because through education everyone can make it because everyone starts at the same place.” Thus implying that one’s merits or “success” is solely attributed to them.

The educational system has been flawed since the days its main use was to serve the industrial revolution and it continues to be flawed to this day. Instead of equipping students with the necessary tools to understand society and benefit from it, we are “building people” to serve the “system”, the institution, the ones who essentially run society (perhaps a post on this will come later this fall). If the paradigm of education continues to maintain this status quo reality and serve the purpose of creating generation after generation of workers through the use of provisional self-esteem (you did well on this set standard measurement, you get an A. You didn’t do so well on this “universal” measurement, you get a C), then the point of what success really means is mute.

Not everyone starts at the same point. Some are more advantaged than others. Some have flawlessly inherited the ways in which education attempts to normalize a particular brand of “student” and others are starting from points well below 0. If success is tied to the notion that our meritocratic system is just, we will continue to run on the hamster wheel.

Success in school is arrested by a traditional dichotomy. Students either pass or fail; when they do the former, they succeed. That is generally the notion of success in education. Does this happen in the real world? Think of any successful person in society. Did they become successful because in one fell swoop they either passed or failed? No. The entertainers, innovators and creators who are all household names are successful today only because they failed. Some failed more than others. But they had an intangible trait that is missing when we in education talk about success. What they all possessed was resilience. To be truly successful, in school and in the “real world”, one has to be resilient. In education, this trait is most often glossed over. Where we lack is teaching students that it is okay to fail. We teach kids that a step backwards is a bad thing. Before we change curriculum to appease “success rates” we must have a candid conversation about what resilience must look like in the classroom.

Success looks like resilience. Counterintuitively, success looks like failure at times. If we do not dare our students to step out on a limb and not be afraid to try, we are playing a simple shell game when we talk success. Suturing success with resilience is imperative for progressive pedagogy. Without it, we will continue to be the big hamster on the wheel.