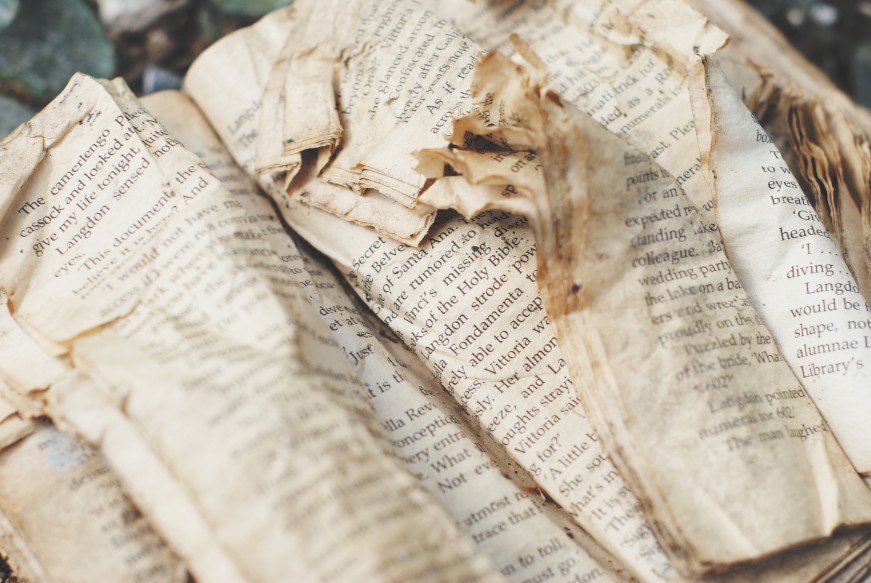 I never liked English class. Actually, I hated it. The reasons were purely due to the pedantic methods that teachers used in my elementary and middle schools. As a kid, I was indoctrinated with the notion that English class was academically equivalent to math class, which it is, but for all the wrong reasons. If I viewed an event in a novel we read in class differently than my teacher, I was wrong. We had to unanimously agree on the same climax of a short story. And then there were the weekly spelling tests. I could read just fine but spelling, I guess, didn’t come “naturally” to me. I literally had to memorize where the vowels were placed in words, to the point where, after a string of poor grades on this out-of-context assessment, my 6th grade teacher suggested to my mother that I should be tested for dyslexia. And then came the grammar sheets: verbs, nouns, conjunctions, adverbs, and relative clauses. Once I maintained a fingertip grip on those, I was told that I needed to clarify my writing because I lacked an understanding of how to use determiners and was incoherent due to my inconsistent verb tense agreements. In 8th grade, my teacher told me that I earned a B because, despite him understanding what I meant, it seemed that I was thinking faster than I could write. And this was just readings on my intellect based on the shit I wrote down on a paper for a grade; it probably didn’t help that I would show up late and subsequently disagree with my high school teacher about how significant Atticus Finch actually was in To Kill a Mockingbird. To put it simply, I had bad English.

And I don’t think I was the only one. I could memorize and subsequently have conversations that would last hours with friends on who was the most impressive rapper of the day and why or what latest sixteen was the coldest. But none of that translated to excellence in an English class. Despite the conversations on bars, I hated poetry units. I couldn’t care less for what Robert Frost actually meant. I didn’t see any connection to my life and the teacher, sure as hell, wasn’t making any attempt to bridge cultures in his classroom. Needless to say, by the time I was a junior, that 65 percent at the end of the term was not only expected but it was weirdly a relief. Ironically, although I had bad English, I guess as the work moved from spelling tests and grammar sheets to paragraph responses and eventually essays, I started to like the subject, despite the poor grades.

I liked it so much that by the time I walked across the stage at my university’s commencement I was handed a bachelor of arts in English. A few years later, I was working as an apprentice teacher, trying to help 16-year-olds who looked like me unlearn everything they learned about English up to that point.

People think the biggest challenge in education is the stigma placed on math and the fixed mindset that is developed by children at an early age. Kids simply think they aren’t good at math because they get wrong answers and bad grades. But if we look closely enough, the subject of English is the exact same but complicated through a more insidious tone. Students don’t overtly hate English like they do math; it isn’t expressed in the same explicit manner and demeanour. They are simply told that the climax they picked in 5th grade was wrong, and then they get 6/10 on a spelling test and then a 68 percent on an essay because they didn’t include an opening sentence and put their thesis statement at the end of their first paragraph. Teachers have fallen into teaching language arts the same way teachers teach math – in a pedantic, rule-oriented, and black or white manner. Instead, teachers should be urging their students to actually think outside the box, go against the grain, and use their own intuition when analyzing a text. I tell my students that, “In English class, there is no such thing as a “wrong” answer. As long as you are able to back up your opinions with support and sound reasoning.” And I leave it at that. Because that is what language is. Black English is different from Standard English, and the deeper you dig the more you understand that both are simultaneously dissimilar and correct; any sound linguist will tell you that. And for public school, a more liberal approach to how we understand and assess our students’ perceptions and opinions will ultimately leave our students with more confidence in the most fundamental subject that school offers – English class. If kids grow up thinking they have “bad English”, how are we going to get them to approach any other subject with confidence?