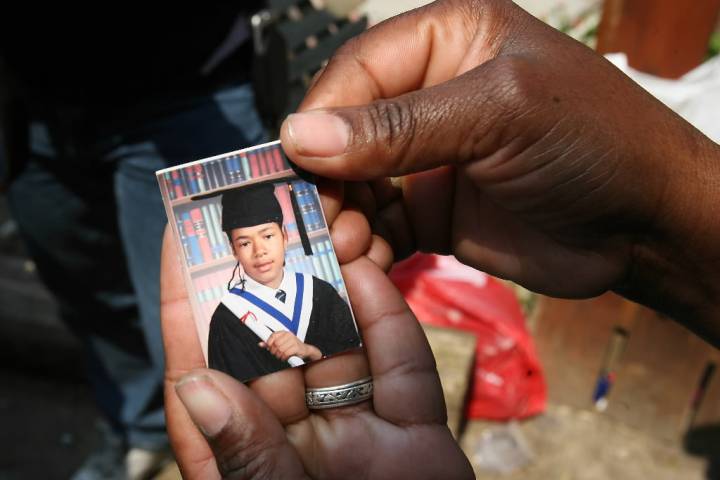 It’s been exactly ten years since Jordan Manners was shot and killed inside a school in Toronto. After noticing this on my twitter feed, I spent a few hours reading countless articles and watching videos on the incident, mesmerized by the fact that a child could be killed in the very place his parents sent him off to learn and be safe. Ten years ago, a child was killed inside the very place every adult feels will be safe. Apparently, it was an accident. But this accident didn’t happen on some street corner or seedy establishment. By accident, Jordan Manners was killed by a bullet inside of a school. Ten years later, as an uncle and an educator, that boggles my mind. How could this happen?

I commend the school board for the actions they put in place since then. I also am in awe of the three succeeding principals who, in ten years, have turned that school around. But after reading articles pertaining to the school space that fostered such a situation, I am left with imaginary visions of how that school was actually a Toronto version of Dangerous Minds. An alleged sexual assault goes unreported to police? Students not disciplined, in any manner whatsoever, for cursing at teachers? How? Just how?

The Toronto District School Board implemented, or updated, a Safe and Caring Schools policy shortly after the travesty of young Manners. With it came many revisions for how to foster an inclusive and accepting atmosphere. School cameras, crime prevention programs, food allocations for staff and students, and school resource officers were just some of the things that were put into place in order to effectively ensure that such a situation would not be duplicated. They worked. But when we consider the underlying causes of extreme situations, schools can provide a whole lot more, still.

School census reports provide us with data that clearly demonstrates that certain proportions of our students still do not feel safe at school. Statistics reveal the widest discrepancies amongst the queer community and racialized students. So again I ask, how could, or does, this happen?

One way to foster an inclusive and safe environment in schools starts with board-wide initiatives such as school cameras and intervention programs. Another method, that has, in my opinion, dwindled over the last decade, are the actual programs that schools offer. My former high school no longer has a football team. 80 students…80 males, are without the vehicle that makes so many kids feel involved and connected to school. When schools do not have outlets that aid student validation and acceptance, kids will become wanderers. When there is no mentorship, accountability, and direction, any young collective will quickly take over any environment they inhabit. And when discipline, whether just or unjust, is not in place, schools slide into decay, both mentally and physically, and become a space where boundaries are non-existent.

So perhaps that is how Jordan Manners was accidentally shot in his own school, at 2:30 p.m in the afternoon, a time where he should have been in class. Teachers, principals, school resource officers, counselors, and even peers perhaps could not have thwarted the inevitable situation that occurred mid-afternoon that day. But all involved since then have made a combined effort to ensure that this one school has risen from the ashes instead of decrepitating further. As educators, we must learn from both the reasons that lead to this tragic occurrence and the steps that were put in place that have prevented and uplifted such a school in the aftermath.