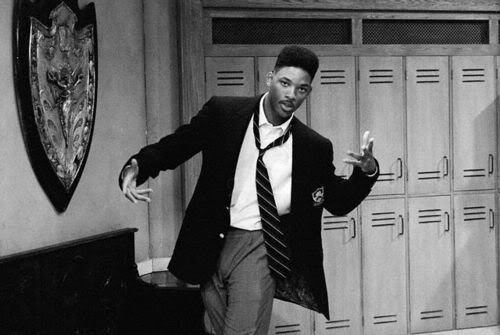 Stuck in the Machine of Education, Part I

If the Black boy was striving for acceptance amongst his peers as validation for his Blackness, what he struggled with was notions of how academia fit into it all. Sports, street smarts, charm and charisma, and aggression were all equally laid out to us. In order to hone our craft in any of those areas, all we had to do was turn on the TV or listen to our music. Examples of Black males “performing” in those categories and gaining validation were in abundance. As far as any of those character traits went, there were several embodiments along our path to emulation and validation that we could select from. All we had to do was pick one. Heck, we could pick a few.

What was not present in our repertoire of identity construction was the realm of academia. With all our other markers of what makes a cool and official Black male, “earnestly intent on succeeding academically” was not in there. It was nowhere close. What got lost in the shuffle of fostering our own validity through “‘kinshipping’ with our boyz” was the actual attention to the lessons and lectures our teachers were delivering. Through middle school and as I eventually moved into high school, those lessons, experiments, and projects were not really a priority for me at the time. In order to solidify my reputation and identity, I was more focused on honing my craft in athletics and my perception materialistically. Baggy jeans and t-shirts, fitted caps, and doo-rags were offset by huge chunks of cubic zirconia in my ears and a gaudy silver chain around my neck. It was the early 2000s and my swag was on point. I looked like every other Black boy at the time. In school I also, to a certain extent, acted like every other Black boy at the time. I felt I had to if I wanted to remain in this ever-important popularity contest of high school. It was no holds barred and the only areas that you could afford to give up ground were the areas on the fringe, the areas that weren’t lucidly outlined already. Unfortunately, we saw those main fringy areas as the classroom and academics.

It was very hard being Black and wanting to do well in class. I faced a perceptual struggle almost every day. I was battling on more than one front as well. The guard I had put up left me vulnerable to teacher subjectification and discretion. I had never explicitly expressed intentions of succeeding in class. My attitude towards academics was passive. I took it as it came; the good, the bad, and the ugly. Because of that, I without a shadow of a doubt guarantee that I was viewed in a certain light by my teachers. Because I was satisfied with my 80% or 70% and lightly upset with my 60% (aggression is a trump card in the construction of a Black male identity anyway), I continued to be pigeon holed by teachers, receiving mediocre grades.

The “teachable moments” and attention to detail that came on the football field or in preparation for a school talent show were never existent by any of my teachers during a regular class. As I moved through my final years of high school and started to excel in sports (and consequently started to excel in academics), teachers and myself would have many conversations about how I could do this or that on the field in order to improve my “game”. There was invited access to frank conversations with teachers when it somewhat concerned my plight in sports. But as I changed out of my gym clothes and donned my baggy Levis 501s and strolled back to class, stopping to chat up a few females along the way, consciously coming a few minutes late in order to “make an entrance,” those frank discussions regarding my life’s plight dissipated. My relationship with the academic side of school and my classroom teachers was as stale as yesterday’s toast. And this was both my fault and my teachers’. I did not know how to appear vulnerable and concerned in regards to my schooling. My teachers did not know how to read beyond my appearance and demeanor. Thus, we were stuck in this perpetuated cycle of comfort zones and stereotypes. So we went on with our daily lives, swallowing whatever rough patches we had to experience, all the while subconsciously accepting the simplistic notion that “this is just the way it is.”