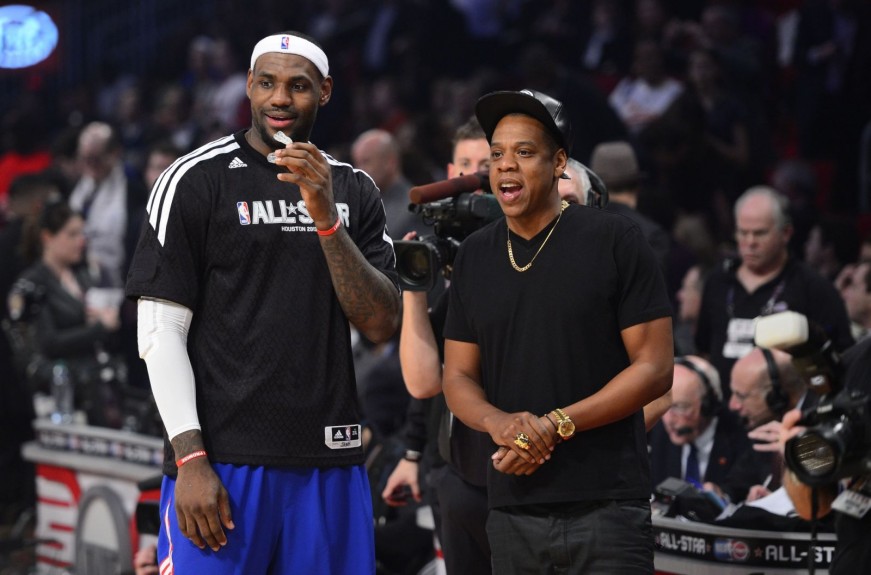 I am weary of wading into the political waters of positioning sports in a savior role in relation to our Black males. While I understand the analytical argument against sports being pushed on Black males, I disagree with part of it. The overriding intellectual sentiment follows somewhat along these lines: Black boys typically ascend towards three pre-determined life roles – the athlete, the entertainer, and the criminal. All three roles are due to limited representations of the possibilities of Black masculinity as prescribed through the medium of popular culture. The sports and entertainment industry are saturated with Black males.

Out of the three roles, the athlete is the path that the young Black male can pursue most avidly through school. He can join sports teams and excel. In fact, in most cases, the cyclical stereotype of Black males being superior athletically leads many people in positions of authority implicitly or explicitly pushing the Black male towards sports. This is one of the only areas in which the Black male is accepted and appreciated.

As the Black male becomes encouraged to pursue athletics due to his “obvious” inclination towards it, his success almost becomes a self-fulfilling prophecy. He is told he will be good, so he takes this positive reinforcement and practices more often. Because teachers and adults around him have helped foster his self-esteem in this area, he devotes the time and effort into it, and he eventually does become good at sports.

Now here is where most find the problem of sports: demonstrating how Black boys are arrested into confining identities. Many argue that blacks could equally be inclined to succeed in areas of academics, but due to the meta-narrative of how structural racism works in schools (and the world, writ large), they are not. Instead these hyper-masculine bodies are pushed into sports. The problem with this is that a career as a professional athlete is extremely unlikely and the skills these Black males spend hours, days, and years honing become useless once they give up the dream.

Think about it like this: if a white kid wants to become CEO of the next big online company because he idolizes Mark Zuckerburg, he still comes out with the tools necessary to succeed in the real world whether or not he accomplishes this goal. But a Black kid wanting to become the next Lebron James will have a mid-range jumper and court vision that will do nothing for him once his dream ends (other than on Friday nights at his local community center). White boys are being pushed into areas where: 1) they have a strong likelihood of succeeding, and 2) even if they do not succeed, they will have built strong traits and habits that will undoubtedly help them succeed as professional adults. With the focus on the narrow scope of athletics, Black males come out of high school with a killer crossover and a consistent mid-range J but nothing else. That is the prevailing idea of how sports serve to stunt the progression of Black males.

I agree with most of this assertion. Black boys are being pushed into athletics. Because they are being pushed and encouraged, it does become a self-fulfilling prophecy of quasi-success. This encouragement of the Black boy could very well be used in areas of academics instead, but it is not. This is all due to the undercurrents of structural racism that permeate our culture. However, what I do not agree on is the idea that sports leaves the Black boy tool-less once his dream is over and he stops competing officially.

This logic is understandable but it is not complete.

I was one of those Black boys who was pushed into sports. I can safely say that I was obsessed with sports way before anyone ever took a liking to my athletic potential and chose to rear me in that direction. As a young Black male, sports became the focal point of my identity. And in high school, I was fine with that. Because of all the other experiences with academics that I had internalized, I knew I wasn’t going to be recognized for anything else, especially if I continued to embrace my urban culture. So I took sports and ran with it. I played every sport with passion and took pride in succeeding. I took every type of gym class high school offered. I listened in gym, obeyed the rules, arrived to that class on time, even early, and tried to spend extra time there once it was over. I was engaged during that period. I felt appreciated, I felt important and I felt capable.

As I began to specialize in football and really take that seriously, I did whatever it took to try and earn a football scholarship. While other students were hanging out with friends after school, experimenting with gateway drugs and playing video games, I was with a few friends (or by myself) in the gym training my body. Instead of watching regular TV, I was getting in as much football as I could. By this time, I set goals for myself and everyday I thought of those goals, trying to attain them. I became part of a football community, learning the who’s who and networking with peers and coaches all around. I travelled to combines and camps, trying to hone my craft in the hope of reaching the next level. During my season, I not only wanted to be successful personally but I wanted the team to succeed. In the medley of different kids who were engaged to varying degrees, getting everyone to focus was a task unto itself. I did this for years. So, you mean to tell me that when I had reached the pinnacle of my sporting evolution and sports for me stopped, all I was left with was some sleek footwork and an impressive vertical jump?

I think not. I have sports to thank firstly for getting me through the bores of high school. If it were not for the anticipation of a practice or an upcoming season, I do not know how successful my academic career would have been. If all I had to focus on was school and the reality of what was awaiting me in the real world sunk in, I would have become depressed! But I did have sports, and that was like an imaginary friend, yielding hope and encouragement as I progressed through the school year.

Who knows where I would have been if I didn’t have sports as my foundation. Would I have even gone to university? If I wasn’t athletically gifted with certain genetics, that with a little hard work could be molded and help me earn a sports scholarship, who knows if I would have even survived through high school.

If you had told me in high school that I would turn out to be an elementary school teacher whose primary hobby was reading literary, non-fiction works concerning race, social justice and modern culture, I would have laughed at you and told you to put down the dutch. Point being, we all evolve. There is nothing wrong with a 16 year old boy being passionate about sports and aspiring to reach the top. It does leave him with so much more than a jump shot. Alluding to my experience in sports and as a member of a team has come up in every single job interview I have ever had. Sports teaches the young man so many other foundational qualities that every person needs. Most sports are team sports and the ability to cooperate is one of the fundamental factors that drive this world forward. Team play fosters enhanced empathy and instills a sense of responsibility for others. These are things you subconsciously pick up as you grind through a season with your brothers.

Most importantly, a sport has the ability to instill personal confidence. It allows a kid to believe in himself and build his self-esteem through a performance, a practice, or even one good play. Sports lay the groundwork for how setting a goal and accomplishing that goal is to be bridged. It gives you a blueprint early in your life on how sacrifice and determination ought to be practiced. The list of things that sports do for a kid, especially those kids who receive little appreciation in other realms of school, goes on. So please, do not tell me that when a Black boy is finished playing sports he is left with nothing. He is left with a whole lot, he just has to begin to learn how to use it.