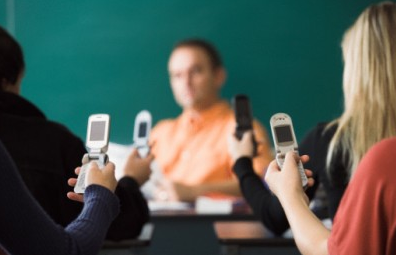 After celebrities, the “young new teacher” may be the second highest occupation for eliciting an unquenchable desire to uncover a backstory and details about a person’s private life. In my first year as a teacher, students (and parents) wanted to know everything about me. From my first name to where I lived to what I did before I started teaching, down to my marital status, and everything other tidbit of personal information in between. I quickly realized that teacher privacy is something that should be guarded more than those valuable “teacher binders” we all start to build. I indeed made some “rookie mistakes” over the course of that year. So, if you are a new teacher, read the following with a notepad in hand. Here are two “teacher privacy” rules that any new teacher should adhere to. These were two of the biggest rookie mistakes you can make, and both were made by me!

Rookie mistake number one happened to me despite my good intentions. A parent and myself had scheduled a phone interview due to her inability to be present at a parent-teacher interview. This parent and I started playing phone-tag over the course of a few days. It stretched to about two weeks. One day, after receiving yet another one of her messages, I simply decided to get this interview over and done with. I called the mother from my cell phone during lunch as I stepped out to grab a bite. I made the call as I drove to get some fast food. By the time I was back at school I had my lunch and got an interview, that was hanging over my head for way too long, wrapped up. Killed two birds with one stone I thought. Well, I thought wrong!

Never divulge personal information like cell phone numbers and home addresses. This leaves you in a vulnerable position of always being available. In this day and age, teachers are expected to be more available but a blog site and an email address is as far as it should go. My mistake led to the student getting my number off of her mother’s phone. A few weeks later I got a text about homework from this student. For a while I would get phantom calls where I would answer and no one would talk. A month later I got a “Merry Christmas” text.

I had repeatedly told the student to delete my number and whether she did or not, the one-way communication via text message finally ceased. It is scary to think about the potentially disastrous outcomes that could stem from that one phone call made to a parent just to save some time. One phone call in haste could have led to every student in my class having my cell phone number!

A phone number is part of the personal vault of private information that should be locked away and never divulged to students or parents under any circumstances. Another part of that treasury is your home address. This seems blatantly obvious. Of course you would never share the location of your home with students. But all information has the potential to leak. Hence “rookie mistake” number two.

I brought in some magazines for a media literacy activity. About five minutes into our activity I heard a group of students giggling. I walked over to “address” the situation and after my initial questioning these students divulged that they knew where I live and pointed to the bottom right hand corner of the magazine they are looking at!

I didn’t even notice that my address was on the magazine when I was packing them in my bag the night before. It was something that I took for granted, subconsciously assuming that students wouldn’t care about a little detail on the bottom cover. Once the students showed me, I took the magazine and ripped off the address section. I had a sinking feeling that the damage was already done. And it was. The group of students had already saved my address into their phones! The next few days they would come to school and tell me that they did a google maps search to see exactly where I lived. Luckily for me, I had recently moved. So the place they were looking at was no longer my home.

Rookie mistakes are inevitable and some will be more foreign to you than others. Mistakes that open access to your personal life should be handled with precaution. Students want to know all about their young new teachers. Take the attempted invasion into your private life as a compliment but use it as a way of engaging your students academically. Draw that line and do not let them get too close for comfort.