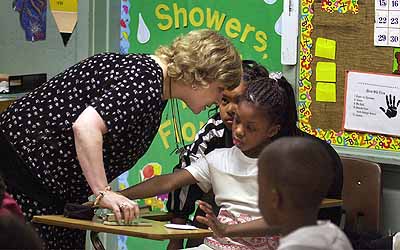 I just realized something the other day. We are t-minus 3 months left in the school year (is it too soon to begin counting down?) and I haven’t yelled at my students once this year. For those educators who think they teach at Perfect Harmony High School, stop reading. This blog post is not for you. I know, you should never yell at kids. But then there is this thing called “daily reality” that we teachers, who have taught for a while, live in. Anyways, I have gone on many a rant this year, singled out a few kids here and there, and raised my voice to finally bring some order to a few situations, but no straight out yelling at students. This is the first time in my teaching career that this has happened. Because of this, my thoughts on the topic have somewhat changed.

I was never a big yeller to begin with. It is not my personality. But somewhere after my first year of teaching and before my sixth, I found myself with the dulled weapon of the megaphone on my classroom management tool belt. For a minute there, I actually thought that it was in good practice to fire off that low base with the volume turned all the way up at some point before November. You know, give kids a glimpse of the entire arsenal just in case they ever thought of really testing that thin line of teacher-student harmony. But for some reason, that weapon has been left on the shelf. And hopefully it will remain there forever.

Your teaching style is a parallel reflection of your personality. I was raised by a mother who yelled at me regardless of the gravity of the dispute. Whether I broke a neighbor’s window or stared into the fridge for too long, I was catching her high-pitched fury either way. The net result begot a kid who would withdraw into indifference whenever someone began to raise their voice at him. Might as well have been speaking Chinese (I know, Chinese is not a language but that makes the point even richer in my opinion damn it!) By age ten, yelling became devoid of any rational message for me. Naturally, as an adult and eventually a teacher, I really didn’t see any use for it. But sometimes, man…those kids…you fire off on natural instinct!

This year has been different. Perhaps it is because I have changed schools. I have mentioned this before, but school culture has a major impact on individual pedagogy. If I am around a bunch of teachers whose first inclination on how to handle a student who is disruptive in class is to yell at them, over the course of a few years, I am going to begin to appropriate that “teaching style” into my own. It is inevitable. Maybe it is because I am teaching a different grade and older students. I used to give out candy at the end of the week to the group of students in my class who most consistently came in from transitions (recess, French class, etc.) and promptly got to work. We had a “group points” board and that thing worked miracles. But that was fourth graders. You can’t trick seventh graders into behaving. Well, actually you still can, but you don’t need to. But maybe I didn’t need the candy for the fourth graders? And on the opposite end, maybe I didn’t need to yell at them in order to get them to work appropriately either.

I think what shifted is simply a maturity in my pedagogy. It is an understanding that yelling at students is futile. My mother yelled at me and I still loved and respected her more than anyone on the planet. But, to put it simply, the yelling just didn’t work. Things are a little bit different for a teacher with her students. There is no unconditional love but there is rapport, compassion, and care. And out of those important levers that we use to drive student learning, nowhere in there do we need to yell at students. If you built rapport off of authentic compassion and care, the “yelling at students to get them to do what you want” is rather futile. Mr. Williams, a colleague of mine, sums it up more succinctly when he says, “reason and guilt is how I get down.”

Maybe I am omitting a few facts. In a brief conversation, another colleague put it like this, “I am a male. I’m tall. I’m Black. I have a deep voice…for those reasons, I don’t yell.” Perhaps being a male and teaching at the elementary level allots me a contextual privilege that some may not have. Paul added, “I tell them I believe in them and fight for them. So when they don’t represent well, it’s disappointing. A few words or even a stare can communicate that better than yelling.” He is right. Regardless of gender, race, or classroom dynamics, yelling really has no use in school. So, don’t do it! Save it for your pets.