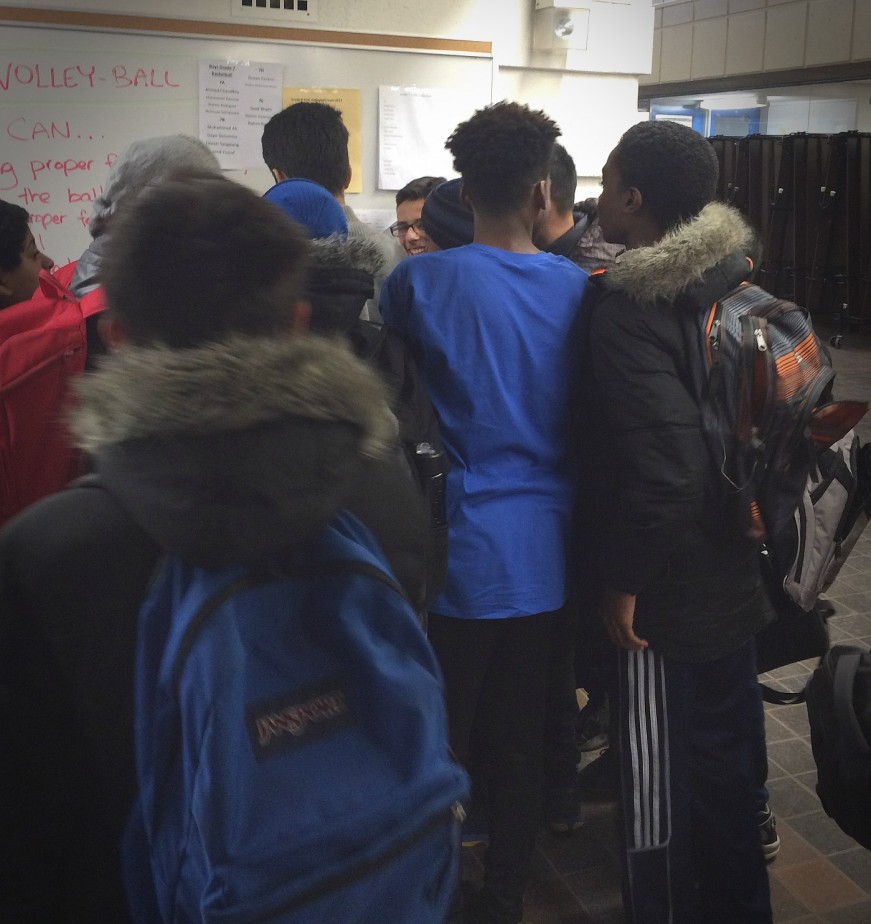 About twenty-five boys showed up at 7:45 am, slugging to school through a misty morning, disregarding the sheet of ice that was covering the sidewalks. Jay and I opened the gym shed so the boys could warm up by getting some shots up. Then Jay blew the whistle and promptly proceeded to put the eager group through a collection of drills that would test their athleticism, competitiveness, and basketball IQ. I took the time to play head scout as I sat on the sidelines scribbling each name and homeroom while evaluating the “talent” we had on our hands as we prepared to embark on the upcoming season. It was Day 1 of 8th grade boys’ basketball try-outs. And there would only be one try-out. After this, we would make cuts.

I am by no means claiming to be some cocky jock, but I was never cut from a team while in school. Actually, that is a lie – I was cut from a volleyball team in middle school but the experience was so insignificant to me that I am only recalling it as I type. However, I can sympathize with those students who come hoping to make a team and eventually fail to see their name on that final list. That is why the hardest part of coaching a school team is making cuts, beyond a doubt.

As we spent some time in the morning going over the list, we had about seven boys that we knew had “made it”. There was another cohort that hopefully assumed their “career” as basketball phenoms would be on pause for their 8th grade year. And then there were those fickle five or six boys that made (and will forever make) the prospect of coaching a team more difficult than delivering a lesson on quantum physics.

At the end of the day, we put up the list of boys who made the team. I watched as some who thought they might have the slightest chance at making the team, maybe even hoping for it throughout the entire day, walk up and look at the list. They would look a few times to make sure that they hadn’t somehow glanced over their own name by mistake, only to finally come to the realization that their hopes for making the team were dashed. No name – dream on hold.

It was hard for me to watch. I took more of an observable interest in the students who did not make it rather than share in the pleasure of those that did. Making cuts is like tearing a Band-Aid off after a deep cut. And like all other things, self-esteem and confidence come in many different ways. Driving factors are not all the same for each child. So a kid who got cut this year may give up basketball forever. But maybe one of them uses this sting as a driving force to improve. Some of the best men, women, and businesses are built through these types of experiences and are successful because of their failures. And on the basketball topic, the goat Michael Jordan himself, was cut from his high school team; look how he used that to fuel his motivation. He didn’t turn out so bad.

Hopefully the cut ones learn to live by the motto that “whatever doesn’t kill you makes you stronger”. And as a coach and teacher, these are life experiences, motivations, and factors we must deliver. These are teaching moments not in the curriculum. Not everything that needs to be learned or experienced will happen in the classroom. Of course, there any different philosophies and opinions regarding how one ought to cultivate student esteem and desire through sports. But in this situation, the way I was taught is the way I am going to teach, regardless of the apparent generational differences that are ever so present in today’s world. Sports are not the same as academics. One is mandatory, one is voluntary. So the same rules need not apply. No one says you have to try out for the basketball team. If you do, you should be prepared to deal with the consequences. In academics, things are a little different. You have to take math and language class, whether you like it or not. Cuts do hurt, but each educator has their own philosophy on sports, participation, and success. And that is as important as winning and losing.