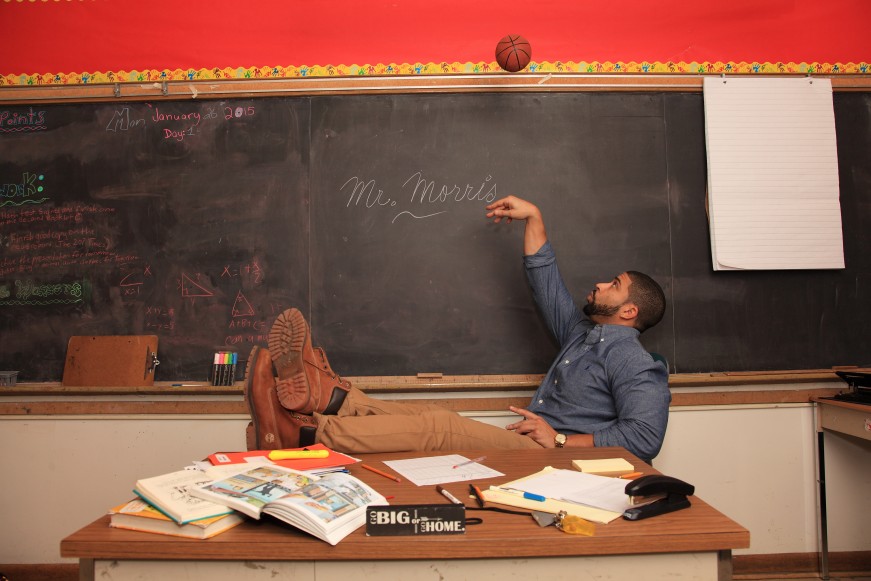 I initially decided that I wanted to teach because, as someone who was so indoctrinated by the cycle of sports, I simply could not come to terms with working every weekday of every week with essentially no end goal. I have tremendous respect for people who do jobs on a daily basis without the “light at the end of the tunnel” so to speak. But after coming to the realization that athletics was not going to pay the bills for me, I couldn’t help but think about how much school and sports are connected.

Now I don’t want to be misunderstood, I did not decide to get into teaching because I wanted summers off. But as someone who ate, breathed, and literally slept sports throughout the majority of my life, I could not realistically picture having a career that was not, in some way, rooted in the cyclical aspects that are common to all sports; especially the qualities of the “season” and the “off-season”. To me, each new school year seems like a new season. It is not exactly a football or basketball season, but I still feel like the months of September to June are “in-season” for teachers. Every new “academic season”, all that are involved in education grow; we go through high points and low points, we test, we communicate, we coach, we have hard days that are rough on our minds and bodies, and sometimes we have lighter days. During this “academic season”, everyone in the school building works toward a common goal. That is to complete the “season” to the best of our abilities and to one day be able to look back on that school year with pride. Our “championship game” is won on that last week of the year when students are promoted to their next grade.

So, you see how school is a lot like the sports world in my eyes. At school, no two days are the same. In football the saying goes, “on any given Sunday,” because no two games are the same. In football, you must work together as a team to complete a common goal and you must learn to work with people from diverse backgrounds with different strengths and weaknesses. In sports, you learn to figure out which tactics are successful and which ones are not through trial and error and experiences. This is what also happens inside the classroom, in the halls, in the science lab, in the gymnasium, on field trips, and anywhere else inside and outside of our schools. Teachers learn how to deliver their program, teach students, and manage behavior through experience and trial and error. Having a background in sports and playing the game of football my entire life up into adulthood, I came to the realization that becoming a teacher would be the most rewarding and natural profession that I could be a part of. It it what I refer to on most interview questions. It is a main reason why I decided to become a teacher.

Now that I have completed my fourth “academic season”, I enter the off-season (summer break) with some mental and emotional conditioning that I need to complete, not to come back to my classroom bigger, faster, and stronger for next season, but to come back wiser, sharper, and ultimately, better as teacher.