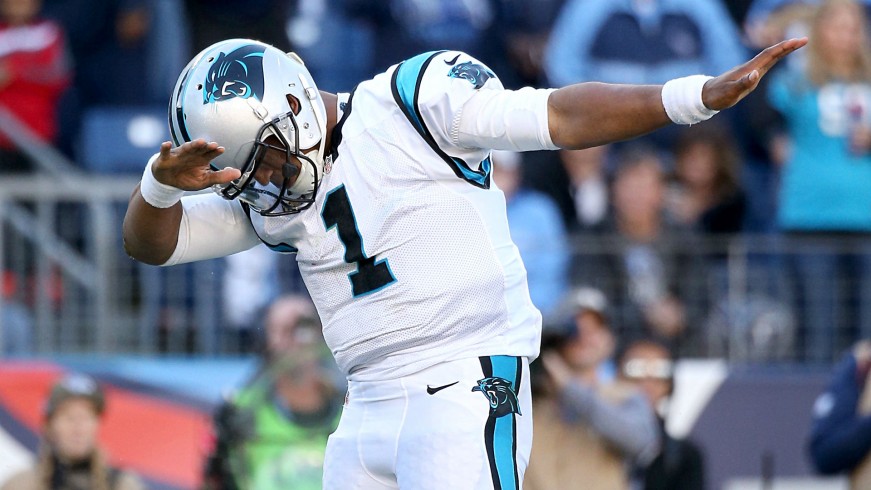 Two years ago it was Richard Sherman and his rags to riches story of growing up in Compton to eventual Stanford graduate and Super Bowl champion. This year we have the Super Bowl and Cam Newton, the braggadocios young quarterback “blessed” with freakish athletic ability that is on the cusp of being the face of the NFL. This year’s story line is not so much about the American Dream, but more about how society perceives particular culture.

Cam Newton is the real-life version of Ricky from John Singleton’s “Boyz in the Hood”. Born and raised in Atlanta, Cam quickly became touted as one of the best football players of his class, eventually choosing to attend the University of Florida over a list of practically every major college football program in the country. After receiving some stolen merchandise, and getting caught, he transferred to a Junior College for a year and then eventually landed at the Auburn University. In high school, Cam won. While at Junior College, he won a national championship. At Auburn, his Tigers took home the National Championship trophy in his first year. He has his Carolina Panthers on the verge of an 18-1 season and a Super Bowl victory. All this guy does is win. Yet, this is not the story line. The narrative revolves around his celebrations, affiliation with hip-hop culture, and his nonchalant attitude. 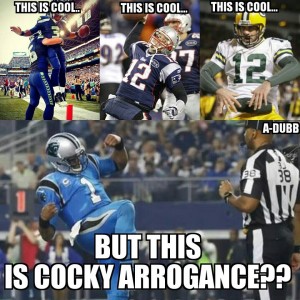 Sure, Cam Newton embraces a culture that is perceived by some as negative and grandiose. Playing the position of quarterback also adds to the amplified scrutiny Cam Newton faces. But playing in a league saturated with alpha-male attitudes and elevating oneself to the MVP level that Cam has, like all other great players, requires some confidence. No one ever batted an eye when Brett Favre was running around celebrating jovially after touching passes or big game wins. Tom Brady jubilantly spikes the football after touchdowns and we never hear any comments about how he should “act like he’s been there before”. Remember Aaron Rodgers’ “championship belt” celebration? No talk from the media about how his culture is an issue. But Cam Newton, at 6’5″ 250 lbs, trucks over linebackers and flips over defenders at the goal line and caps off his highlight reel plays by dabbing in the end zone and all of a sudden his personality is unwarming. What’s that about?

What it seems to be about is society ignorantly expressing contradicting attitudes towards race and culture. Someone as talented and successful as Cam Newton only brings this issue to the forefront. I guess it is better to have these candid dialogues out in the open and not behind closed doors. But the dialogue surrounding culture shouldn’t only garner attention when sports are involved. Black students who affiliate with this culture in schools are routinely being viewed with the same tinted lens as Cam Newton is gawked at. The difference is, the NFL is a little more of a meritocracy than schooling is, ironically. Culture should not be an impediment to success. But when black students do not have the opportunity, or the passion, to pursue sports (or entertainment), that culture often becomes an imposing factor, to no fault of theirs. The same way these pundits and commentators attempt to annihilate Cam Newton’s character simply based on his prefered culture is akin to the way teachers and school staff often view black boys and girls when they don’t act according to “traditional” behaviors within the school context. Cam Newton is a product of his environment, and that is not a bad thing. Touchdowns and wins allow him to be further accepted into mainstream culture. But what about the kids who espouse these same forms of representation but are not out on the football field gaining recognition for their athletic dominance? The arena of education is a little bit less forgiving of them. Perhaps it’s time to bridge the conversation surrounding Cam Newton’s dabbing with youth culture and the effects it has on education and perception. There are many victories out there that can be claimed without a pigskin.